Stephanie Smith works one day a week with the department, primarily teaching into the fourth year. Stephanie has been working collaboratively with Eddie Stewart, as Smith/Stewart, since 1992. They have shown widely in the UK and internationally [including solo shows at KunstmuseumLuzern; Portikus, Frankfurt; Chisenhale Gallery, London; Inverleith House, Royal Botanic Garden, Edinburgh and group shows in San Francisco MOMA; Kunstmuseum Bern; Kunstverein Hannover; KunstWerke, Berlin; MAC/VAL, Paris].  Awards include: The Henry Moore Sculpture Fellowship, The British School at Rome; SAC Creative Scotland Award. Their work is represented in public collections in the UK, Europe, the USA and Japan: including the Scottish National Gallery of Modern Art, Edinburgh; Arts Council Collection, England and the Tate, London. 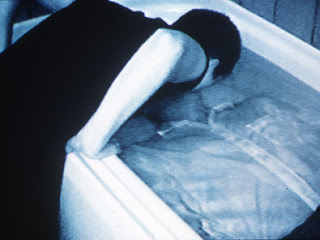 SMITH/STEWART's fundamental concerns revolve around human relations and what people are capable of doing to one another, physically and psychologically. Central to this exploration is the body and its context and different kinds of media are used to explore ideas of dislocation, separation and unity. 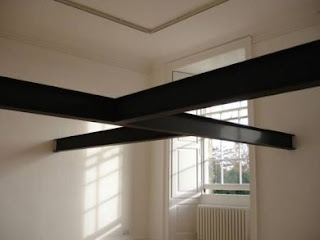 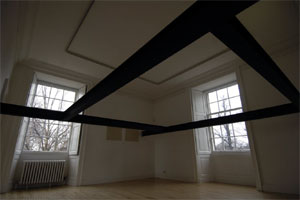 Current work aims to place the viewer in the middle of stark sculptural installations, so that their actual physical experience of the work makes it function and have meaning:


"Through setting up a kind of poetic situation constructed with materials and forms which challenge your movement through the space, you're made more aware of how you move, your interaction with others and how others exist around you - conscious only of the present".

This is a Flickr badge showing public photos from Sculpture and Environmental Art. Make your own badge here.

Finding the The Barnes Building